Congratulations to Judge Mark Barcus on being sworn in this afternoon at the Tulsa County Courthouse.  Congratulations on his appearance last night on OETA “Ask a Lawyer as well.  I saw a lot of friends on their answering questions.  It has been about five years since I volunteered and was on television.  May be time to do it again!

I have wanted a blog of my own since I first heard the depressing sounding word! And now I have it! One more thing I can mark off the list. Of course, there is still become rich and famous and world domination on the list, but I am getting there!

The iPad for Litigators

Trial lawyers are also pretty excited about the iPad. With great apps for trial presentation and preparation and a very simple interface, lots of lawyers are successfully using iPads in the courtroom for jury trials and other types of hearings. iPad for Litigators is the topic of the 53rd Edition of the Digital Edge podcast. Our guest is Tom Mighell. Tom blogs about the iPad in the legal community at iPad 4 Lawyers. Tom is the author of the book iPad in One Hour for Lawyers and the author of the newly announced book iPad Apps in One Hour for Lawyers. Tom and I have done several programs about lawyers using iPads in and out of the courtroom. So my co-host, Sharon Nelson and I chat with Tom about how trial lawyers use iPads. It turned out to be a pretty good podcast if I do say so myself and the show notes have links to the apps we discussed as well as a link to purchase the archive of a CLE presentation Tom and I did through ALI-ABA with trial lawyer Jamie Moncus.

I hope you can listen to our podcast on The iPad for Litigators. 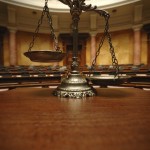 Resolving a divorce requires a lot of information. The process of exchanging information and documents is formally known as “discovery.” Our courts have issued rules that litigants must follow when requesting discovery and responding those requests. The discovery rules include deadlines for answering requests and procedures for resolving conflicts when litigants do not produce all that is asked of them. Discovery can be a major headache for divorcing spouses. No one has the time and energy to locate and organize hundreds of pages of documents, or answer dozens of questions, but it can be a crucial step in the divorce process. Here are my tips for divorcing spouses who are facing a discovery request:

Discovery is one of the most significant mileposts on the journey to resolution of a divorce. Without complete, accurate information, it is nearly impossible to settle or litigate child support, division of marital property, or other financial issues in divorce. Information is not useful if it is locked in your head. Share it with others through discovery.

Oklahoma is one of only a few states to recognize common law marriages. But it’s not as common as it might seem.

Are my lover and I common law spouses after living together for six months?

Not on that basis alone. Common law marriage may have more myths associated with it than perhaps any other area of family law. The fact is, the existence of a common law marriage in Oklahoma is hard to prove. Cohabitation, using the same last name, combining finances, jumping over broomsticks at a party, and other actions said to establish a common-law marriage are just pieces of a much larger puzzle. By themselves, they mean nothing.

How does one prove a common law marriage?

Most marriages are established by following statutory procedures. They are commonly called ceremonial marriages, and the spouses who use the legal procedures are considered officially legally married. Oklahoma is one of only a handful of states (8 at last count) to recognize consensual non-ceremonial marriages. These are called common law marriages. They are formed by the consent of the parties who enter into the marriage, without meeting all the state requirements, such as a ceremony or a license. Common law marriage is a combination of state of mind and particular actions.

The party asserting a common law marriage must prove all of these elements by clear and convincing evidence. Relevant evidence would include joint income tax returns, joint financial accounts, jointly held assets, joint credit, medical records, insurance records, introductions and comments to third parties, hotel receipts, and any number of other forms of documentation. If clear and convincing evidence is missing as to any part of the above referenced test, the claim of a common law marriage will fail. Obviously, each common law marriage case is determined on its own facts.

Common law spouses who want to end their relationship must use the courts to get divorced, just like people who are legally married under state law.